While attending SaaStr 2018, I came across several energetic exhibitors wearing purple suits that caught my eye. I learned they were from a SaaS startup called Clickup that was formerly a social media agency. They’ve found a way to consolidate multiple collaboration systems into one, turning their in-house tool to a full-blown productivity suite. They recently moved from North Carolina to Silicon Valley in hopes of making B2B companies collaborate more productively and cohesively across multiple departments.

I got the chance to interview Wes Brummette, VP of Operations, from Clickup.com to fill us in on the growth and challenges they’re experiencing in the SaaS space.

BLD: Thanks for meeting with me today, Wes. If I remember correctly, you guys didn’t start in Silicon Valley, but the other side of the country? Right? Was it North Carolina?

Wes: Yep. I’m originally from Tennessee and then I lived in North Carolina for about a year before coming out to San Francisco.

BLD: How you liking the Bay Area?

Wes: It’s really nice. I like the hustle and bustle of the city. I like the people out here and San Francisco is an awesome city. There’s a lot to do, places to see, historical landmarks…and great restaurants.

BLD: Totally agree, I’ve always enjoyed my visits there with the sunny weather, and the vibe the Bay area has to offer.

I spoke to one of your colleagues at SaaStr and you guys caught my interest. He said you started out as an online marketing agency and then you built this tool in-house and one day realized, “Hey, I think we’ve got something here!”

So, tell me a little bit about who you guys are, how it all started and what you guys evolved into today.

Wes: At our previous company we had this big struggle, we were very customer service focused and we’re also very “get it done” development style service. So when a client had a bug, they would write it down. We wanted our customer service team to relay that as quickly as possible to the development team so no issues fell through the cracks. We wanted to avoid potential for miscommunication and make sure everything’s fixed for everyone.

BLD: So you lost autonomy and cohesiveness between the two teams?

Wes: So everything was spread out. We ultimately decided we needed to have everything reside on one platform.

We built on top of Asana (which we were using before building Clickup). We did this to make the environment work for both our development and our CS team so that they can be in one place.

We wanted to create a platform where you could keep the different organizations like your marketing team, your sales team, your operations team, and your development team – where they could all work across the same platform.

A place where they could easily share information between each other. So, your sales team can just deal with a simple checklist.

You’ll have your priorities, to do list, time tracking, etc. So you can keep the complexities of their environment which provides them all the features and things that they need and not overwhelm the other teams in the other workspaces.

“It’s a platform that handles your agenda, your personal tasks, your reminders in your calendar as well as their entire team’s projects and tasks.”

So, one cohesive place for everyone to work in.

BLD: Got it. So, stepping back… did I hear correctly that you guys built this in-house while still running the digital marketing agency?

Wes: Yes, we had a company called Beverly Media that used to do social media marketing for celebrities and help large clients manage their stuff online.

We built our own CRM and other tools that were very specific and customized just the way we needed them to be and people were all over the place.

JIRA had three parts to it. We had JIRA, and in between we used Asana and then our custom built CRM where we needed to integrate into a helpdesk platform.

We just ended up using five different things that, where we didn’t feel like we had to.

BLD: Sounds familiar. I’ve observed companies that one day wake up and ask themselves, “Do we really carve out time, effort, energy, money, resources to build in-house or do we just live with it and deal with it?”

Sounds like you guys made the decision build versus buy and in this case take all five worlds and consolidate them together.

So, back to the marketing firm you guys were running… Is that still around?

Wes: Beverly Media was sold by my CEO. I worked for him there and then as we made the transition to Clickup, he sold that company, so now I’m focused 110% on Clickup.

BLD: How long has Clickup been in the market now?

BLD: Got it, so you guys are in serious ramp up mode. Safe to say you’ve been hitting a lot of trade shows? What kind of growth have you guys seen since starting out? I know it’ still early, but what can you share?

Wes: Yeah it is still early, but the best way we measure our performance is based on active user growth.

We’ve seen a large increase in clients from the past few months and more recently starting to see that take off.

We launched a little bit early, I would say. We didn’t have a lot of the core things people needed with regards to project management and so it’s been nice seeing us respond and add in those items. We are starting to see a lot more traction and knowing that we respond to their requests, we see them sticking around.

BLD: Yes, stronger adoption once product development has a firm handle on things and releases happen frequently. In software, users will constantly tell you “I sure wish you could do x, y, and z.” and when you respond with, “That’s a great point. We’re going to put it on the roadmap and make it happen,” your users will turn into loyal fans.
Can you share with us how many users you guys are up to today?

Wes: I’m not able to share users yet, but I can tell you we’re at 15,000 teams and that we are growing. Our optimal team sizes range from four to 12 people and that’s where we see the most product productive teams especially.

BLD: OK, so a team consists of two or more collaborators?

Wes: Yes, technically a team can actually be one person if they just set it up, but then they begin to invite others to join the team.

BLD: OK. But your business model is per user, right?

BLD: What would you say really stands out about Clickup that separates you guys from other productivity tools?

Wes: We have several. One feature that stands out is the ability to view things three different ways.

For example, your entire team can see all the tasks and all of your spaces and workload of the company. You can view it all and then with one click and put tasks on a board where you can drag and drop tasks across the board.

You can reorganize, repurpose anything and drag and drop. You see it all on your timeline, and also have it available your calendar, as well as charts and reports where you can drag and drop tasks. We made it very intuitive, it’s more fun than just selecting a due date on a little selector.

You can get a high-level view on all of that kind of information for your whole team across three different views.

BLD: So you’re giving the Trello loyalists a run for their money.

Wes: Exactly. So instead of 100 boards which can be a pain to toggle between, you have those boards as projects. Those projects are accessible in your sidebar and within your hierarchy can just flip between them. You can also review them all at the same time with a single click.

BLD: Do you have any stories that you could share from customers using the Clickup platform? Something that you’re really proud of?

Wes: There’s one in particular from a company called MarketMuse. They were also at SaaStr and they’ve got a really nice tool. They’re growing fast too and Clickup has helped them collaborate while scaling. We plan on doing a full blown case study with them very soon.

BLD: Marketing wise, what has really worked well for you guys?

Wes: We’re running with a lot of Facebook marketing where we’re getting $3 – $4 conversions. The targeting is so good and it’s so easy to write a little ad that talks about how we’re better than Asana or whatever, we’re seeing a lot of growth on Facebook.

We actually stopped it because SaaStr conference was coming up and our customer service team couldn’t handle it all.

“Beyond Facebook, our secret weapon has definitely been Quora. We reach out from our personal accounts and like to answer questions from people on Quora.”

We’ve gotten to the point where we’ve earned their trust and now they reach back out to ask if we can answer their additional questions which we’ll provide a thorough response to.

We’ve got enough authority on there now which has led to a pretty high ranking thread with a lot of views. Those views get voted to the top and link back to Clickup or a backlink to something like “What’s the best alternative to Monday.com?” We’ll link to our blog posts and landing pages about those types of topics. We see a lot of new signups from people from Quora.

BLD: We’ve heard some really good things about using Quora as a B2B Marketing channel. They were at SaaStr and I talked to them about their new advertising platform. But everything you just described was purely organic, right? No paid ads on Quora?

Wes: Yes, totally organic which has been awesome for us. We’ll definitely be looking into their paid marketing, too.

BLD: Have there been any major roadblocks or obstacles that you guys have hit recently that has kept you from hitting your goals?

Wes: The biggest challenge right now is hiring good talent in San Francisco. We’re working with customer service and also need to hire in the area of quality assurance.

Some developers are in the city and hiring them has been more difficult than we thought. We wanted to come out here and hire because there’s a lot more talent and while that is true, hiring for that talent is very competitive. Everyone seems pretty happy with their job. If they’re good, they have a really good paying job and are not looking for a new one.

If they’re not good then they’re still charging a lot of money and you interview them and you’re like, What the heck? So hiring developers has been a roadblock for us, especially as we’re trying to ramp up and grow.

BLD: Got it. Wes, thanks for taking the time today to share a bit about Clickup’s growth. Best of luck to you and the team. 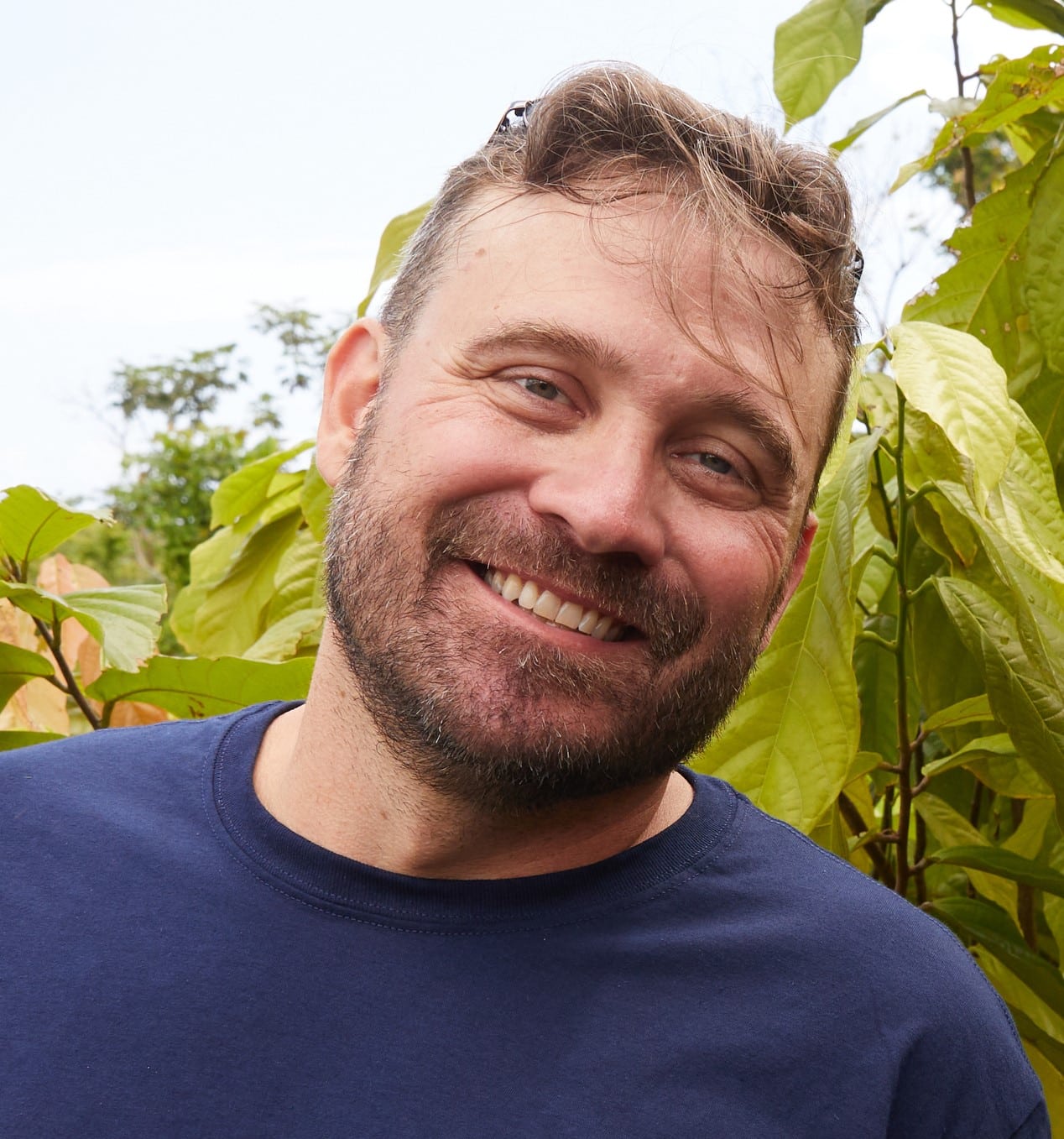